Slow Cooker BBQ Pulled Pork is a favorite recipe that’s a go-to staple in our family. The simple, step-by-step recipe was originally posted years ago, and was in desperate need of updating. I hope that the new photos and updated text have you wanting to take a big bite while reaching for the napkins to sop up all the extra barbecue sauce.

A good, saucy pulled pork is one of my favorite dishes to serve a crowd. My Grandma used to make BBQ Pulled Pork it when our extended family got together because it was easy, and everyone loved it. Thanks to a trusty slow cooker, it takes almost no time to put together and your guests will be thrilled with the tasty results. This dish is great to have with friends after an afternoon spent outdoors, or while watching football or hockey. No guests? No problem! The finished pulled pork freezes beautifully! Spray the inside of the crock with a little olive oil. Yes, I am wearing blue nail polish. My 7 year old picked it out–he’s my fashion stylist. My experience with pork tenderloin roasts is that they are very lean. If yours has a layer of fat on one side, trim most of it away. Leave enough fat to to retain moisture and flavor, but not so much that you have to fish out sheets of it before shredding the pork. Place the pork roast into the prepared crock. Sprinkle a hefty pinch of salt and pepper over the roast. Place a large sheet of aluminum foil on top of the crock. Put the lid on the crock, folding the foil loosely up and over the lid. My Grandma always did it that way, but we never knew why. I speculate that Grandma added the foil to reflect heat back down to roast the pork while sealing in the juices. Although, I am positive that my gram would never have used works like reflect and radiate in relation to a roast. She would have said something like, “because the foil makes the pork so much nicer.” Cook the roast on low for 6 to 8 hours. You’ll know it’s done because there will be a lot of delicious juices at the bottom of the pot. Grab two forks and start pulling the pork. Pierce the meat with the forks right next to each other, then pull them apart in opposite directions. When the pork easily falls apart when pulling the forks, it’s ready. Afterward, you’ll have a pile of tender shredded pork. Stir the pork shreds around the crock so that it absorbs all the juicy goodness in the bottom of the pot. Pour the barbecue sauce over the tender meat and give it all a good stir. I usually add about 2 cups of barbecue sauce, but more or less may be added, depending on the preferred level of sauciness. I’m a medium-sauce kind of gal myself–just sticky enough to hold it all together, but not quite to the level of sloppy. Put the lid back on the crock and let it simmer in the barbecue sauce for at least 30-60 minutes before serving. Now would be an excellent time to make the cole slaw.

Grandma always served pulled pork sandwiches with cole slaw on top.  I’ll admit that for years, I just asked whomever was passing a KFC on the way over pick up some of their cole slaw. KFC cole slaw is sweet and delicious. I recently decided to try a lighter, tangier slaw made from scratch. I tell you that not only is this slaw darn tasty, its all but replaced the KFC variety on our pulled pork sammies. Juice the lemon(s) into a small bowl, to measure 3 tablespoons of juice. I’m kind of lazy, so I juice lemons over a small strainer so I don’t have to fish out the seeds later. Add the salt, pepper, cumin, and minced garlic to the lemon juice. Give it a quick whisk to combine. Then slowly drizzle in the olive oil, and whisk briskly at the same time to emulsify the oil into the dressing. Taste, and adjust seasonings, if necessary. Place the cole slaw mix into a large bowl. Cole slaw mix is found with the prepackaged “bag” salads at the grocery store. It’s typically a mix of shredded white cabbage, with a little purple cabbage and carrots thrown in for color. Toss the cole slaw in the dressing until well coated. It may look like there’s not enough dressing, but hold tight. The cole slaw will compact a bit in the dressing as it sits. Cover and refrigerate for at least an hour or so to give the flavors a chance to permeate the slaw. Slow Cooker BBQ Pulled Pork makes an awesome sandwich. For a change of pace, try wrapping the pork in tortillas and top with the slaw for a barbecue taco kind of arrangement. My gram liked to pile the pork onto half of a hamburger bun before adding a bit of cole slaw to the top. It was her opinion that pulled pork sandwiches “are much nicer eaten open-face,” with a knife and fork. That was her Danish heritage shining through.

In my house, we toast the buns, pile on the pulled pork, a slice of cheese, add a little cole slaw, and plop the other half of the bun on top. We eat them with our hands. These apologetically messy sandwiches are worth every bit of mess because the scrumptious flavor more than makes up for it.

Just don’t tell Grandma that I said so.

Slow Cooker BBQ Pulled Pork is the hit of every pot luck! Cole slaw mix can be found with the prepackaged "bag" salads at the grocery store. It's usually a mix of shredded white cabbage, with a little shredded purple cabbage and carrots thrown in for color. 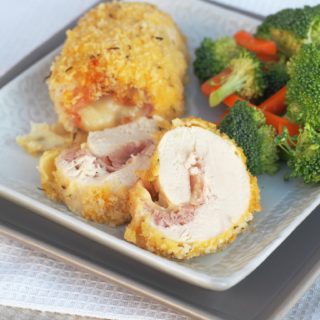 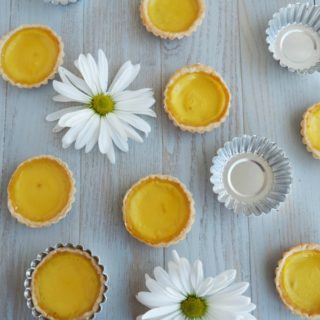