This year for Pie Week, I wanted to stretch my pie-making chops with one that I wouldn’t normally bake–the sweet potato pie.

Comfortably Domestic Confession: Up until a year ago, I’ve never in my Pie-Lovin’ days eaten so much as a tiny sliver of sweet potato pie. Not once. What can I say? I’m a Northern Girl, and here Up North, the only harvest orange pies are of the pumpkin variety. In fact, my informal poll of willing respondents (read: people that don’t run for cover when I ask a food related question) uncovered a shocking truth–Northerners, it seems, think that they think that they don’t like sweet potato pie.

Pumpkin pie reigns supreme Up North. So much so, that I couldn’t even scare up a sweet potato pie at any of the local bakeries. After insisting that no, I wasn’t looking for the casserole with marshmallows on top, I was told sweet potato pie was too regional, only a Southern thing, or just plain weird.

You want me to run full-on toward something? Tell me it’s weird. I like weird.

I knew that I couldn’t consider myself a self-respecting Pie Girl without at least dabbling in the starchy southern favorite–with or without a willing panel of taste testers. Project Sweet Potato Pie was launched as any good culinary project is in my house–with research. African slaves are credited with adopting the sweet potato into commonality due to its similarity with the tuberous yam that was a dietary staple in Africa. Early sweet potato pies contained only the sweetness inherent in the potatoes, and often graced supper tables as a vegetable side dish rather than a dessert. In wealthier estates, sugar was added to make the otherwise savory pie a dessert.

The first published recipe for sweet potato pie was in the book, What Mrs. Fisher Knows About Southern Cooking by Abby Fisher. Mrs. Fisher and her husband traveled from Alabama to California in search of prosperity. It was there that they started a pickling and preserving business. Abby became very well known in the area for her cooking skills, for which she won many awards. So in 1881, several white women helped her write and publish cookbook. Quite an accomplishment at that time for a former slave turned entrepreneur who could neither read nor write very well. 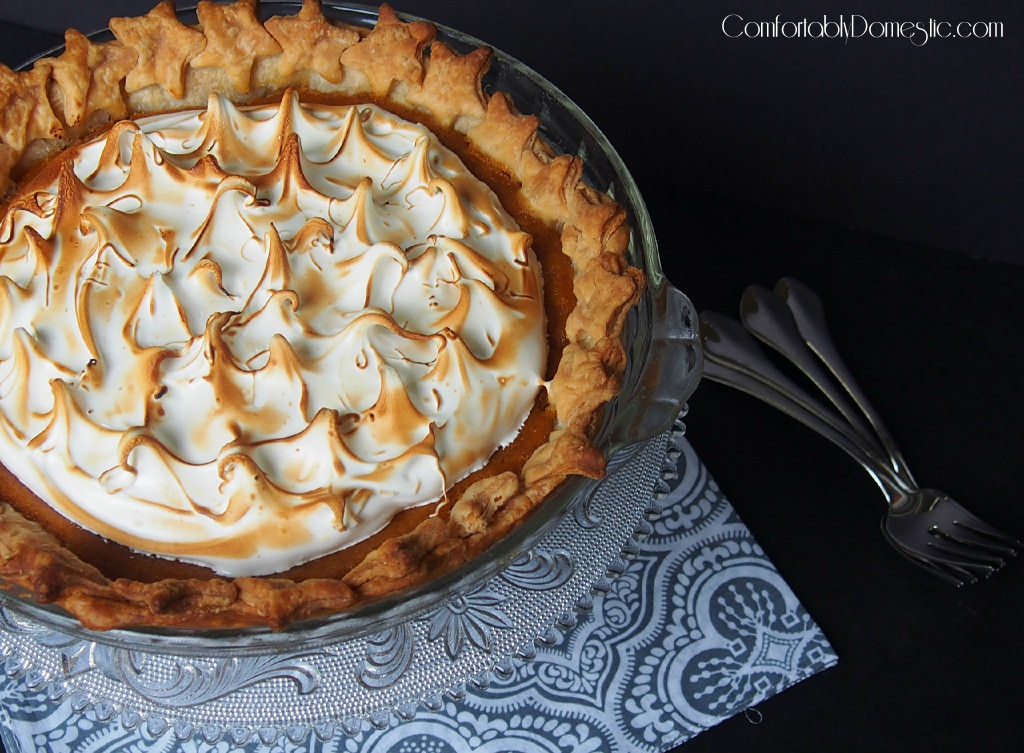 After discovering Abby Fisher in my research, I knew that I had to perfect a sweet potato pie to convert all my pumpkin-biased friends. Abby’s published recipe read as one of my grandma’s would–with a list of ingredients, few measurements, and just about no tangible baking instructions aside from the words “bake quickly.”

I love recipes like that! I consider it a personal challenge to decode them.

So based loosely on Abby Fisher’s recipe, I went to work on my maple sweet potato pie. I used fewer eggs, sprinkled in a blend of warm spices, and added way more sugar than Mrs. Fisher probably ever intended. And because I am a Northern Girl, I drizzled in some local maple syrup.

And it was good! I loved the basic maple sweet potato pie! But I was in a bit of a conundrum because there was no way that I was going to get my friends and neighbors to cheerfully sample a naked maple sweet potato pie. To make that happen, I knew that I had to put something white, fluffy, and toasted on top.

Consider it a nod to my Northern neighbors that are only accepting of sweet potatoes when marshmallows are involved. (Forgive me, my Southern Friends!)

So I topped the maple sweet potato pie with toasted Swiss Meringue, which acknowledged the idea of marshmallow topping, but in a far creamier, less cloyingly sweet kind of way.

And it was really, really good! Best of all, I made 6 different pies, and each and every one of them was devoured before I had the chance to mention what type of pies they were eating.

A delicately spiced, creamy sweet potato custard, topped with a fun toasted marshmallow-like Swiss meringue. My take on the Southern classic is a nice alternative to pumpkin pie. Be sure to come back around on Saturday when I share my new favorite pie in the entire world–Very Berry Cherry Pie! But until then, make the maple sweet potato pie, and peruse the mouthwatering Pies of Pie Week: 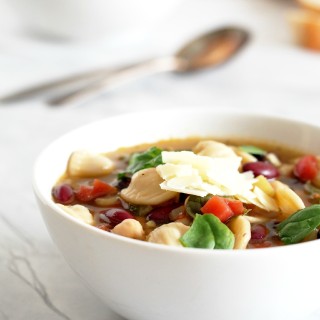 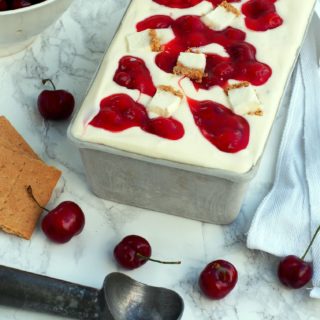