The best gluten free pie crust is so buttery and flaky, it’s hard to believe that it’s gluten free. But it is! I’m not a regular gluten free baker, unless someone I love is in need of a gluten free treat.

When someone I love wants a gluten free pie, I’m not afraid of the challenge. It’s On like Donkey Kong, because I believe everyone should be able to enjoy a buttery, flaky crust under their favorite pie filling.

I’ll figure out how to make the best gluten free pie crust!

Ha. That is easier said than done. Pie crust made without wheat gluten binding it together can be a challenge, to say the least. Most of the gluten free pie crust recipes out there are a little lacking. While some of the recipes were palatable, none of them are what I would consider to be a good pie crust.

Creating the best gluten free pie crust was proving to be more difficult than I had expected.

I tried all sorts of replacement binders to take the place of the gluten, but proper texture of the finished product eluded me. Much of the dough was wet and sticky, yet completely fell apart when I tried to manipulate it. Others were so hard and stiff that I would’ve needed a steamroller to flatten them before even thinking of sliding them into pie plates.

When I thought I had mastered the best gluten free pie crust a few different times, it turned to mush after being filled and baked.

Just when I was ready to shelve this project out of frustration, the Aha! moment happened. It was a total game changer in my quest for a “real” gluten free pie crust. I knew that I needed to try yet another binder. This time I tried one that wasn’t a commercially dehydrated and pulverized powdered thickener with chemical properties that I didn’t fully understand. I’d had enough failure at the hands of those pricey substitutes! This time I went for a binder with which I was well acquainted–the egg!

I realize how obvious it all sounds now that I’m typing it, but I was so caught up with the idea of substituting gums and starches for the gluten that I completely overlooked the most common binder available. For generations, many of our grandma’s pie crust recipes contained an egg because it made the crust “nicer” to roll out.  Those crafty grandmas were on to to something!

Adding a beaten egg was the keystone to creation of the best gluten free pie crust!

Since I’m not a full-time gluten free baker, I used King Arthur Flour’s Gluten Free All Purpose Flour mix as a base. Many of my gluten free friends mix their own flour blends, but I am not yet confident enough with the medium to rely on my own blends. King Arthur Flour does it well, and I trust them. I whisked a pinch of salt into the KAF mix, grated the butter into the bowl, tossed the butter to coat, and then worked a beaten egg into the mixture by hand. The mixture should still contain visible pieces of butter, as it’s that visible butter that will equate to flakiness later.

Comfortably Domestic Tip: I highly recommend using clean hands to make a gluten free crust. Using a mixer or food processor results in weirdly textured dough that is not akin to pie crust. This pastry is very loosely bound together, so it’s much more fragile than dough containing wheat gluten.  Be gentle. After incorporating the egg, work in one tablespoon of iced water at a time until the dough clumps into large pieces that hold shape when squeezed. The dough should feel moist but appear a little dry to the eye. Transfer the dough onto a large sheet of parchment paper. Parchment paper is essential because it is contains silicone, which will give much needed slip when it comes time to roll out the crusts. Divide the crumbles in half on the parchment. Gently work the dough into two disks, ensuring that it is mostly smooth. (A few small cracks around the perimeter are okay.) As I mentioned earlier, gluten free dough is quite fragile. I find it is nearly impossible to lift a rolled gluten free crust to transfer it to the pie plate.

To get the crust into the pie plate with minimal damage: Once any cracks are fixed, lift the overhanging edges and press them into a decorative edge. In my experience, the edges want to fall apart unless I use a heavier hand to squeeze them into shape. The plain edge can either be left as is or coaxed into a more decorative edge.

The best gluten free pie crust is now ready to be filled and baked!

I’ve included more tips and tricks for using this gluten free pie crust in various pies in the recipe printable. No matter how you choose to bake it, you’ll end up with the best gluten free pie crust — one with a buttery, almost shortbread-like texture that holds up beautifully to most any filling.

Be sure to come back later to see the Gluten Free, Sugar Free Coconut Cream Pie that I make with the best gluten free pie crust!

For a Double Crust Pie – fill the bottom crust with the desired filling. Flip the second crust over the filling, and crimp the edges of the two crusts together. Vent the top crust and bake as directed by the pie recipe.

For a Single Crust Pie – Crimp the edges of the gluten free crust, as desired. Fill the crust and bake as directed by the pie recipe.

To Blind Bake a Single Crust – Crimp the edges of the gluten free crust, as desired. Freeze the crust in the pie plate for at least 30 minutes, preferably overnight. When ready to bake, preheat the oven to 425 degrees F. Line the frozen crust with a double thickness of aluminum foil. Fill the foil with 2 cups of dried beans or ceramic pie weights. Bake the crust for 12 minutes. Remove the foil and pie weights. Continue baking for another 2 to 3 minutes or until crust begins to brown. Allow the crust to cool completely before filling.

To Par-Bake a Single Crust - Crimp the edges of the gluten free crust, as desired. Freeze the crust in the pie plate for at least 30 minutes, preferably overnight. When ready to bake, preheat the oven to 425 degrees F. Line the frozen crust with a double thickness of aluminum foil. Fill the foil with 2 cups of dried beans or ceramic pie weights. Bake the crust for 5 or 6 minutes or until crust begins to set but is not brown. Remove the foil and pie weights. Fill the pie and continue baking as directed by the recipe.

*ADDITIONAL NOTES: Gluten free pie crusts are not as flaky as a traditional pie crust made with wheat flour, nor will it behave in exactly the same way. Gluten free pie dough is fragile, so a little cracking when transferring the crust to a pie plate is normal. The dough also tends to dry out quickly, so if the dough will be sitting out while the filling is prepared, keep it covered with a lightly dampened paper towel. With all that said, this recipe is the closest approximation to a traditional wheat flour crust that I’ve been able to come up with, in that it is still flaky with a shortbread-like texture. This recipe was developed using King Arthur Flour’s Gluten Free All Purpose Flour Mix. I cannot guarantee success of this recipe using a different gluten free flour blend.* 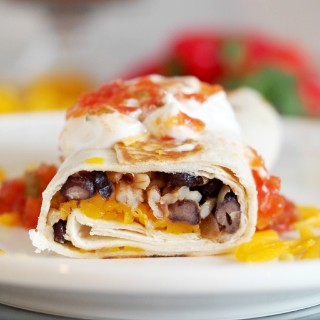 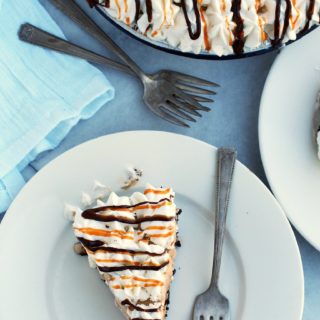