Part II of our Virtual Surprise Birthday Party for Jeanne involved a little sewing, a lot of  patience, and around fifty felt mice. Allow me to explain…

Jeanne is the second of five very crafty sisters. A few months ago, she told us about a bizarre mouse invasion that descended upon Sister #4’s newly built home. It seems that Jeanne and Sister #1 took it upon themselves to christen Sister #4’s new home with a litter of mice. Felt mice. Every hand-crafted mouse had a theme, and every one of them was concealed in specific areas of the house, just waiting for their sister to find them. At last count, she had found all but two of her new felted friends. Everyone in their family was laughing–except for maybe Sister #4.

Of course Jeanne’s readers were cracking up at the prank, and when she posted her tutorial on how to make a felt mouse, we knew what we were going to do for her birthday. Sometimes pranks make the best gifts! The Mouse Project had officially begun. Eleven of the thirteen of us that brought the fantastic eats to Jeanne’s Virtual Surprise Party also banded together to craft 50 felt mice for her 50th birthday. Bear in mind that all but two of us are consider ourselves to be craft-challenged (myself included), and most of us barely sew at all. But armed with a deep admiration for Jeanne’s mad crafting skills and her online tutorial, we set to work.

I’d by lying if I told you that we didn’t suffer from an intense anxiety about the whole endeavor. None of us came away from the experience without a little bloodshed and a fair amount of (internal) swearing. We expected as much, given the situation. (Search #TMPWatch2013 on Twitter for Real Talk.)

What we didn’t expect was how the project would take over our lives–it was truly addictive! We got to know our mice and created biographies for each little one. The amount time spent collectively stalking felt mouse supplies and accessories at local retail establishments bordered on unhealthy. We started viewing everything in sight as potential felt mouse fodder. My boys became seriously invested in this project while helping me source supplies. So much so, Son #1 insisted on crashing our party and crafted a mouse of his own with no help from me.

While we were all relieved once we packed the mice and shipped them off to their new home, we agreed that we were all a little sad to see them go. We waited in eager anticipation for Jeanne’s reaction to our parcels once they began to arrive on her doorstep. I should probably mention that we numbered our boxes, and Sharpie’d strict instructions not to open any of them until all of them had been delivered.

Heh, heh. That was fun…for us!

Throughout the last week, our packages made their way to Texas, piling up in Jeanne’s entryway–taunting her until the final box arrived.

She wrote a post detailing her reactions to The Mouse Project and featured all of her new friends with their back-stories. I had such a good time seeing what the other Ladies came up with for the project. Some of them are absolutely hilarious! I highly recommend clicking over to Inside NanaBread’s Head to see the full line up.

Before you do, take a sneak peak at my mice: Since Jeanne loves to travel the world, a Tourist mouse seemed appropriate. She’s dressed so garishly as not to blend in anywhere, camera at-the-ready. Jeanne has such beautiful flowers surrounding her house that I thought she might like her own little garden gnome to help her with all the yard work. He may be small, but he wields a mean hedge clipper. Jeanne also not-so-secretly wants to own a flock of chickens so maybe Old MouseDonald here can give her a few pointers. Son #1 designed Roscoe the Ranger in the theme of one of his favorite book series’, The Ranger’s Apprentice. Roscoe is in charge of guarding the NanaBread fief and maintaining order without being seen. Jeanne’s love of pie is known far and wide, so Charlotte Shaker the Pie Baker whipped up the best Traverse City Cherry Pie for her new friend. No party is complete without a Birthday Girl, so this one is my Ode to Jeanne in felt.  I’m pretty sure it was after the baker and birthday mice that Bacon Slayer considered staging a Craft Intervention. I think he got a little worried once he noticed me stringing beads for little mouse jewelry. I have no idea why.

Who knew that a sewing-challenged  girl such as myself could have so much fun with  hand-sewn gifts? The Mouse Project definitely ranks toward the top of My All-Time Favorite Gifts Ever Given.

What’s the best birthday gift that you’ve ever given? 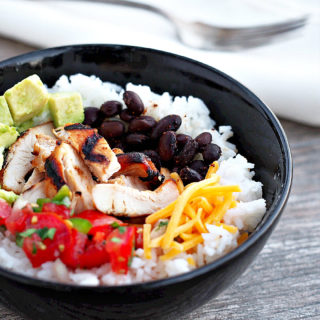 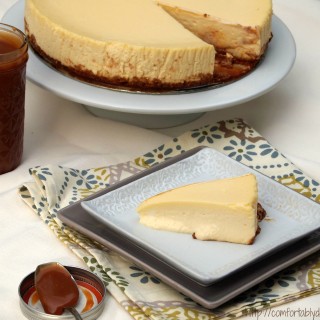