Hello, Friends! Yesterday, I had the best intentions yesterday of getting a post- holiday wrap up post on the books. As it turns out, our router had other ideas. Nothing like coming home from a five day road trip to the blinking-orange-cyclops-eye on your router. Totally a First World problem.

After cramming 4 kiddos and all the gear required to travel a total of 650 miles for three family Thanksgiving gatherings, I just didn’t have it in me to troubleshoot technology yesterday. I’d like to say I took every opportunity to lie like a slug on the couch, but I’d be lying. Rest assure that at some point this week I have a date to do a whole lot of nothing, snuggled under a blanket on the couch.

And because we all know that it wouldn’t be a holiday weekend without a bunch of minutia swirling around in my head, here are the Post-Holiday Randoms: 1.  The wild turkey population is getting out of hand here Up North. Northern wild turkeys must be the bravest birds on record. The not-so-little gobblers are seeking every opportunity to wander into the road as a flock, plunk down smack in the middle of it, and stare at oncoming traffic as it approaches. They are so brazen that I think the phrase playing chicken should be heretofore renamed  playing turkey. After all, I have never encountered a flock of chickens sitting in the middle of a road, daring me to mow them down at a high rate of speed.

This particular turkey was hanging out in front of a vacant store front next to a gas station, on the day before Thanksgiving. He didn’t even bother to move or flinch as I approached with my phone to snap his picture.  He was either very bold, or knew that there was no way in the world that I had a gun or knew what to do with one if I did.  My meat comes shrink-wrapped on cute foam trays at the store. 2.  Since we were on a road trip, the boys were allowed to choose our lunch destination.  Our luck with them choosing Subway has run out, and McDonald’s is the new favorite.  I was glad to see that the fries in the Happy Meals had been significantly downsized, and that apples, sans-caramel, are a regular feature. However, any ounce of approval that I felt for that menu changes was diminished when I saw what I thought was the Medium fries that I ordered for us to share.  Thankfully (?) it wasn’t a Medium fry; they made a mistake and gave us an Extra Large, which could feed a small village. 3.  Bacon Slayer, Son #1, and I survived our first 5K run as a family, on Thanksgiving morning.

Yes, I am wearing a tutu. Yes, my cell camera hates florescent lighting.

Our eldest son performed famously, and was able to navigate the course with us without getting lost. Being that we were participating in a run with over 21,000 registered runners, keeping track of our offspring was a victory in and of itself. I  conservatively registered us to run in the 9:30-11 minute mile group. Apparently, we were a part of history, as 7000 other runners did the same, so our heat was both the largest of the day, and the largest single heat in the history of the race. I quickly gave up hope of beating my first 5K time, and settled for hopefully finishing before the Lions kickoff 4 1/2 hours later.

After a couple of false starts, we were off-and-running–except for when approaching a turn in the course, at which points we were stopping-then-walking through the bottleneck.

My tutu became a casualty at mile two, which was fine because it was starting to irritate me for all of it’s slippage. In a feat of agility that I will likely never experience again, I was able to step through the tutu, and pick it up off the street without breaking stride.  Or any body parts, for that matter. 4.  Thanksgiving happened to be Bacon Slayers birthday this year. Don’t let the eerie red eyes from my crappy phone pictures fool you–he’s really quite handsome.  He chose  a ginormous New York Cheesecake for his birthday cake, this year.  Well, he chose the cheesecake, but I chose to make it ginormous. Go figure. 5.  We seized the opportunity during the half time of the Lions game to play a little football.  We’re pretty sure that Son #1 was faster, and had more rushing yards that day than any of the Lions’ receivers. I think he was motivated by all of Son #3′s trash talk.

6.  Our boys are great travelers. They did a great job being away from home for 5 days, staying up later than usual, and sleeping at multiple homes. That said, they all completely fall apart within 30 minutes of arriving back home. This phenomena happens every time we travel; it’s as if they know that they are home, in their safest place, and they need to decompress from the trip.  We remedied the situation by makingBaked Oatmeal together for Monday morning’s breakfast.

7.  Histrionics aside, I was greeted by a partial quart of long expired buttermilk that I forgot to pour down the drain before we left. That’s a fine how-do-ya-do & welcome home.

8.  I rearranged the contents of a few cabinets the week before Thanksgiving to make my kitchen work-space flow more efficiently. Now I can’t find anything. If it’s not 75% off, or come with something pink & sparkly, or ship for free, I’m not interested.I recycled each and every catalog this morning. So much for effective marketing tools, Retailers.

10.  We were that family at the grocery store.  Last night, we shopped until 9:30 p.m. when the kids should have long been in bed.  I hated to do it, but I couldn’t face another day without milk in the house. I mean, I had to make my chai latte with half & half yesterday morning! OK, so that wasn’t so much bad as it was decadent and wonderful.

11.  Today, I was successfully able to diagnose our lack of home internet access as a broken router issue. Again. I’d be lying if I told you that I didn’t feel a little like a technological bad a#* to do what hours spent on the tech support help-desk line can not.  I am able to bring you all of these riveting musings with my laptop plugged directly into the cable modem. Like, with a real cord and everything. 12.  I love the holiday cups at Starbucks.  They make me smile.

13.  Now that Thanksgiving is over, I think it’s safe to revel in the coming Christmas season. I love Christmas!  I have so many cookie and candy projects swirling though my head, that I’d better start writing them down or I will forget.  I have a feeling that this will be a chocolate-covered holiday season. Yay!

14.  I just spent all of my dinner preparation time writing this blog post, so the roasted chicken with caramelized onion risotto will have to wait until tomorrow. Tonight’s dinner menu will consist of Wheat Chex or Kashi Go Lean Crunch with sliced bananas.

So tell me, what interesting, fun(ny,) or mundane happenings did you partake in over the long Thanksgiving weekend?

Did you travel for, or host Thanksgiving dinner?  What deliciousness did you tote along with you, or serve your guests? 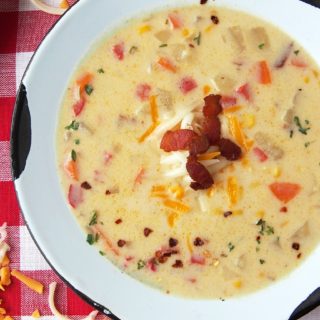 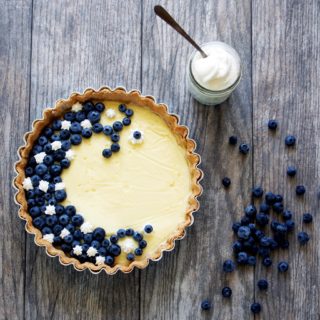