I’m kind of organized about planning our weekly menu on Sunday nights. The entire week runs so much more smoothly when I do because its one less thing that I have to think about during the day.  Well, last week I just didn’t feel like writing a menu. In fact, last Sunday night I didn’t feel like doing much of anything. I could just “feel” that the crud that the boys had been bouncing back and forth was about to land on me. Blech! I hate being sick and the disorder it brings to the house when “Mom goes down.” But mostly, I just hate being sick.

So when it came time to write the menu, I pulled up the Marlboro Man Approved section from the cooking section of The Pioneer Woman’s website, and asked Hubby to plan the menu. A great idea, considering that all of the food in the MM section would be stuff that all the men in my life would eat without question, and I knew that it could be put together rather quickly. I also knew that a lot fried stuff and potatoes would be involved. But I didn’t dwell on that because if I was going to be sick, I really needed a slam dunk week in the food department. If I was going down, I wasn’t going to be feeling very creative. I would need help.

BTW–what kind of weirdo control freak schedules being sick into the routine? Um…that would be me.

When I woke up Monday morning, the crud had set in, as anticipated. I did the only thing I know how to do when faced with that type of situation: I made Salted Caramel Brownies. Of course I made a gargantuan mug of chai to go with them. For medicinal purposes, naturally.

Then I hit PW’s website and printed off a slew of Hubby requested recipes. A local restaurant in our town does a cookbook series a few times each year, where they cook only meals from a selected cookbook. So consider this my version of a cookbook series, except I gleaned our weekly recipes from The Pioneer Woman Cooks. First up, Cajun Chicken Pasta. Spicy, creamy and delicious! I liked all the veggies involved. My boys liked all of the heavy cream involved. And the gobs of parmesan cheese that they heaped on top. Definitely a winner. The next night I was feeling exceptionally crappy, so we kept it simple with Egg-in-a-Hole and sausage.  Son #1 did all of the cooking, bless his sweet little heart. The only thing I have to say about egg-in-a-hole, is holy-moley-where-have-you-been-all-my-life? I could eat those every day forever–and I just might. Wednesday wasn’t much better, so we opted for leftover pasta or a few extra pasties that I had ferreted away in the freezer. (Note to self: never sandwich one of your marginal photos in between two of PW’s awesome ones.)

The next night I was starting to feel a bit more reasonable, thus I could put forth a bit more effort on the cooking front. This was the night that Hubby had been looking forward to: Fried Round Steak and Crash Hot Potatoes. Just the thought of frying a steak made my arteries hurt, but I persevered. I am so glad that I did, because the resulting steak was simple, delicious, and tender. But the potatoes were the real star! I could eat crash hot potatoes everyday of forever, too. My family wouldn’t complain a bit–they scarfed ’em up like crazy.

So when I was looking for a side dish for the next night, guess what I made? More crash hot potatoes, of course! Along with: Ranch Style Chicken. This one really reminded me of the Alice Springs Chicken from Outback Steakhouse, only without the mushrooms. Which is a good thing if you are  a weirdo like me that doesn’t much care for mushrooms. The bacon and cheese were great additions to the chicken, but it was the marinade that really made this dish stand out. A nice sweet & tangy blend of grainy mustard, honey, and spices. My boys loved it so much that they forgot to ask for ketchup! That’s huge. This marinade will definitely make repeat appearances in my kitchen. I think it would be lovely on grilled chicken kabobs with lots of veggies and pineapple.

Thankfully, I am feeling rather human today and I can think again, so I’m back to doing my own thing in the kitchen. But I did make one more PW recipe for dessert. Frozen Cappuccino Cups. Oreo cookie crust, coffee ice cream, with chocolate chunks mixed in. Fact: none of that sucks. The recipe calls for chopped semi-sweet chocolate to be mixed in with the softened coffee ice cream, but since I happened to have saved a bit of the butter toffee that I made last week, I chopped that up instead. Then I may or may not have eaten one of these cappuccino cups before it had a chance to hit the freezer to firm up. It was blissful–and I don’t really like the taste of coffee. But it was divine.

1. I felt like crud this week, but the Pioneer Woman saved my hiney in the cooking department with her easy, comforting, and tasty recipes.

2.  My boys only want me to make PW recipes from now on.

4.  I can’t believe I just wrote an entire post about everything that I cooked this week. I blame it on the cold medicine.

5.  I can’t believe that you just read an entire post about everything that I cooked this week.

6.  Thank you for reading an entire post about everything I cooked this week.

7.  I am going to need to do approximately 5 hours of yoga per day for the next 2 weeks to burn off all of the calories that I consumed.

8. As soon as I’m done writing this post, I’m going to finish the rest of the package of oreos that I didn’t need for the cappuccino cups with a huge glass of milk. Then I’m going to do a lot more yoga.

I hope y’all are having a great weekend! 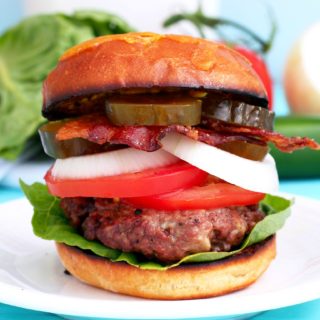 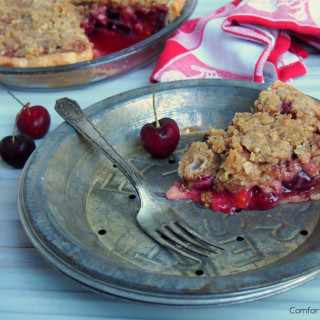