Black bean cakes, crispy exterior, with a silky smooth interior, artfully mingle with fire roasted red pepper and jalapeno cream. Thank you United Dairy Industry of Michigan – Milk Means More for sponsoring this post. All opinions are my own. Long before we ever decided to move to the 45th Parallel, we were what I like to call Reverse Snow Birds because the only time that Bacon Slayer and I traveled to our prospective future hometown was to ski and otherwise frolic in the snow. Those of you that have either visited the northwest corner of the mitten, or have seen the national Pure Michigan tourism campaign might find this a bit odd. I mean, really. Who thinks to move to an area most widely known for small town festivals, quaint little shops, seemingly billions of acres of orchards, and crystal clear blue water without ever experiencing a summer there?

We do. Because we’re certifiable weirdos.

Our first experience on the 45th was during the whirlwind 36 hours of house hunting. Thankfully, my Aunt Marie was visiting from Denmark. She came with my parents to entertain our (then) three sons at the beach. All the while we walked through all 17 houses on our list of potential abodes. It was exhausting. Marie took one look at us after our return and decided that Bacon Slayer and I should go to dinner.

At that point, I started to get more than a little anxious about the move. I mean, our house was sold. Bacon Slayer had a new job. This whole crazy-pants idea was a done deal! What were we doing moving 5 hours north, where we knew virtually no one? How were we supposed to know which was house was in the right neighborhood? Which ones weren’t the right fit? Would we ever find a restaurant like the one 3 houses away from our (now) former house, where we could get a bite to eat and feel like family?

We were far too tired to be adventurous, and clueless about the food culture in the area. So, we played it safe and wandered into a Latin-fusion place just down the road from the hotel. Upon being greeted with a steaming basket of freshly fried tortilla chips and house made salsa, I was immediately smitten.

Since my brain was wound tighter than a ball of rubber bands, I could freely admit that my steady diet of venti chai lattes and iced lemon loaf was doing me no favors at that point. I wanted something light that was packed with protein so that I could think. I opted for their black bean cakes appetizer with a fire roasted pepper cream sauce. I knew I’d get plenty of energy from the carbs, and the cream sauce would balance out the proteins in the beans so that I could think clearly. Food Dork Trivia Alert: While beans contain protein, they are missing key amino acids necessary for your body to metabolize them into fuel. Adults can synthesize 13 of the necessary 22 amino acids within the body, but must obtain the other 9 from food. Those 9 essential amino acids are only found in foods regarded as complete proteins. Complete proteins are found largely in animal-based sources, such as dairy products. Consuming sufficient complete protein is essential for brain function, to regulate blood sugar, and maintain muscle strength.

I certainly needed the strength!

One bite of those perfectly spiced black bean cakes and I knew that no matter which house we chose, we had found our new neighborhood restaurant.

Interestingly enough, we ended up buying a house less than three miles away from that restaurant. Now I’m not going to say that we chose our house based on the proximity to those black bean cakes, but the location has certainly been convenient over the years.

Now we’re thinking of moving again. This time, in search of the wide open acreage that felt too isolating when we first moved north. So, I knew that I had to perfect making black bean cakes at home. Both the roasted red pepper and jalapeno cream sauces may be made several hours to one day ahead. The sauces should be thick, but easily dribble off of a spoon.

Grilled Pineapple and Avocado Salsa makes an excellent companion to this dish. The black bean mixture may also be divided into six equal portions and formed into black bean burgers. Increase sauté time to between 3 to 4 minutes per side to brown the exterior. Serve the burgers on a toasted whole grain bun with the red pepper and jalapeno cream sauces spooned on top. 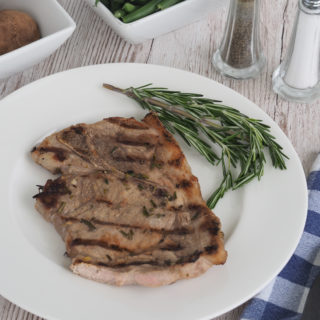 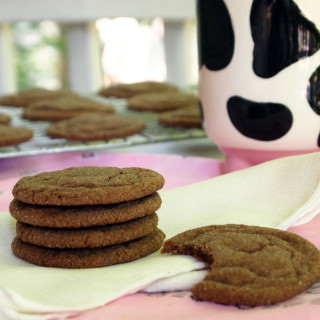