When we began One Kitchen, Many Hearts a year ago, we figured that sending each other a package in a Round Robin format would be fun. How could it not be, right? Who doesn’t like getting mail that doesn’t contain a bill or require any action on your part?

Since we’d all sent packages to each other throughout the year, we had two options to wrap up OKMH 2012: skip December, or do a Secret Santa round with one of us drawing names to match up, and then keep the whole thing under wraps until the Big Reveal. Naturally, we chose Secret Santa, and TODAY is the Big Reveal! My homegirl Megan/Country Cleaver drew my name this month. Keeping that fact a secret was especially difficult for her because we met in Real Life at Mixed Con at the end of November. Girlfriend had to hush about having me for OKMH, while we were literally spending every available minute together goofing around.

Now that’s some serious will power.

Knowing me as she does, and knowing that I barely have 3 minutes in a row to myself that aren’t laden with the testosterone that is my household, Megan sent a fab-yoo-las Spa Package.

She totally gets me.

Next time the testosterone gets a little thick because Bacon Slayer and the boys are waging yet another Epic Nerf Gun Battle, I can take my hound and retreat to the bathroom for a little girl time. While there, Daisy can munch on dog cookies from Huck and then enjoy a peaceful nap on the bathmat. I can take a long, hot bath with aromatic bath fizzies, Megan’s World Famous Brown Sugar Body Scrub, and wash my cares and Biscoff cookies away with a few sips of Prosecco.

After I feel that enough estrogen has returned to my life, I’ll be ready to venture out and crash my family’s Next Epic Battle and kick some serious butt doing it. Thanks for the much needed rejuvenation, Megan!

When we set off last January with the goal of sending one gal a package full of regional goodies every other month, I didn’t comprehend the magnitude of how much love would go into each and every box. I mean, I love these ladies more than cake–and that’s saying something because I really love cake–but the amount of love pouring out of every box was a much welcome, and often needed bonus. I didn’t fully grasp just how much thought would go into selecting just the right things for each of us on a given month because few of us have met in person, even though we are in daily contact via the Internet.

We know each other.

We understand each other.

We laugh and cry together.

We’re like Sisters from Other Misters, so of course the boxes would be full of love!

As Kat so eloquently put it, “Even if one of you sent me a box of rocks, I would think they were the greatest rocks ever because they came from you.” Well said, Sister.

While I didn’t send Jeanne a box of rocks, I did send her a lot of really cool stuff. Since Jeanne lives in the tropics of south east Texas, as soon as I drew her name for the month, I immediately knew what my “theme” for her gifts was going to be. I started knitting almost immediately! I had so much fun collecting things to go along with the theme, that I only half-jokingly said to myself, “I’d better seal that box!” every time I found something new to add to it.

I’ll give you a hint: hot cocoa and a whole lot of snow are involved.

Please head on over to Inside NanaBread’s Head to see what I knit and sourced for Jeanne this month. Since we did this month “blind,” I have no idea who the other girls shipped their Big Boxes o’ Love to, so you should probably click on the links for their Big Reveals, too.

I’m excited to say that our One Kitchen, Many Hearts project will return in 2013 with a few new twists. I hope that you enjoy reading about them, because we sure enjoy sending the care packages. I highly encourage you to send a care package to a friend, or group of friends because the giving is so much more rewarding than the receiving.

What was the best thing that you’ve given someone lately that warmed your heart? 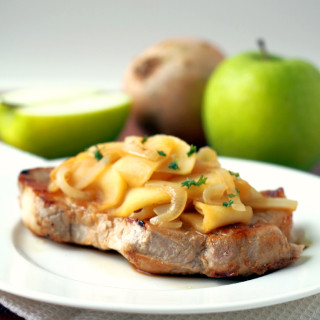 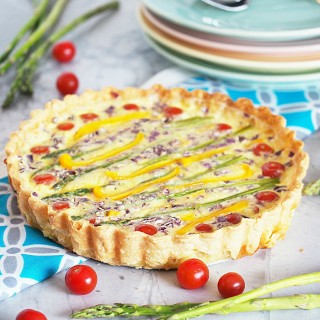