Black and tan brownies are the ultimate brownie treat for beer lovers! A layer of stout infused brownies are covered with blondies, and a thick cheesecake layer sits on top. Comfortably Domestic Confession: I’m a huge wimp when it comes to beer. I like my beer to be light, pale, and not at all hoppy in flavor. In fact, if I have my way, there will be some kind of fruit dropped in the glass, too. It’s just the kind of girl I am.

Knowing that, a funny thing happened to me at a work dinner once–I worked in a field with mostly men, and we met at a pub to plan the logistics of an upcoming project. Now the guys I worked with were “Manly Men” and tended to forget that a lady, namely me, was present at these meetings. So at this particular meeting, the Project Lead ordered a round of Black & Tans before dinner. I nervously inquired as to what a Black & Tan was, and the Lead replied, “Oh, right. You probably wouldn’t like it. Do you want some kind of frou-frou Girly Drink or somethin’?”

Well I most certainly did not!

Except that I really probably did. I didn’t realize that a Black & Tan was a layer of heavy stout beer with a layer of a ultra-hoppy ale on top. And while it looked really neat, I confess that after one sip, my black & tan sat neglected on the table. Blech! Totally not my thing, but I let my pride get in the way of standing up to the guys and ordering something that I would actually drink. Lesson learned.

I’ve long since let that kind of pride go out of my life. It’s for the best.

Ever since the Brownies vs. Blondies episode very, very early on the blog, I’ve been thinking of ways to combine the two. When my pal John offered up some of his  freshly brewed Oatmeal Stout, it gave me an idea…why not combine brownies, blondies, and cheesecake into one Big Bar of Awesomeness?

Seriously. Black and tan brownies won’t be cast aside and neglected on the table. Nor should they be! Start by preheating the oven to 350° F. Line a 12 x 8 x 3-inch pan with non-stick aluminum foil. If you can’t find non-stick foil, then line the pan with regular foil, and spray the bejeezes out of it with baking spray. Note: Brownies can be made without alcohol by substituting whole or 2% milk for the stout. Melt the butter and brown sugar in a saucepan set over medium heat; stirring frequently. The brown sugar crystals should be mostly melted and resemble caramel. Allow the sugar mixture to cool slightly. Remove from heat and whisk in the bittersweet chocolate chips until melted. Whisk flour, cocoa powder, and salt together in a small bowl. Fold the dry ingredients into the chocolate mixture until combined. Mixture will be very crumbly.

Stir in the beaten eggs until incorporated. Pour in the stout, and whisking until batter is smooth. Pour brownie batter into the prepared pan. Bake at 350° F for 20 minutes.

While the brownie layer is baking for your black and tan brownies, prepare the blondie layer.

The Blondie Layer is a simple batter made from unsalted butter, brown sugar, vanilla extract, flour, baking powder, cinnamon, and eggs. Prepare the blondie batter much like the brownies by melting the butter and brown sugar, whisking the dry ingredients before stirring them into the hot sugar mixture, and stirring in the beaten eggs and vanilla until a smooth batter forms. After the initial 20 minutes in the oven, the brownie batter will look slightly set around the outer inch of the pan, with the remaining still looking very wet. Pour the blondie layer over the par-baked brownie layer, spreading the batter to the edges. Return the pan to the oven an continue baking for an additional 15 minutes.

While the blondie layer is baking, prepare the cheesecake layer for the top of the black and tan brownies.

Note: Cheesecake layer can be made alcohol-free by substituting an equal amount of half & half or heavy cream for the Irish cream liqueur. Beat the cream cheese and butter together until it becomes really creamy. Mix in the beaten eggs, and Irish cream to form a smooth batter. Blend in the powdered sugar to complete the cheesecake batter. After 15 minutes in the oven, the blondie layer will look mostly set, and lightly brown around the very edges. Pour the cheesecake batter over the par-baked brownie/blondie layers, spreading to the edges. Bake all three layers for an additional 25 minutes, or until the top two layers are set, and a toothpick inserted in the center comes out with a bit of fudge from the brownie layer on it. Allow the black and tan brownies to cool in the pan for two hours.

The layers will pull away from the sides of the pan during this time. After two hours, place the brownies into the refrigerator and chill for several more hours–preferably over night–to set. To serve: lift the brownies out of the pan by the non-stick foil and set it on a cutting board. For best results, slice the brownies with a sharp knife that has been run under warm water and wiped dry. I find that running the knife under water and drying it in between each cut makes for the cleanest lines when slicing the brownies. The densely fudgy layer is the perfect base for the caramel-like blondies. And since every thing is better with cheesecake, the cream cheese layer caps off the whole confection perfectly! Now here’s a Black & Tan that I can get behind!

Enjoy your black and tan brownies!

Black and Tan Brownies (a.k.a. Beerownies)

For the Black Layer (first):
For the Tan Layer (second):
For the “Foam” Cheesecake Layer (third):

These brownies are very thick! For best results, run a sharp knife under warm water and wipe it dry before cutting each row of brownies; this helps to keep the layers from tearing.

Brownies can be made without alcohol by substituting equal amounts of milk for the stout and Irish cream in the recipe.

Brownies should be stored in the refrigerator, and should be eaten within 2 days.

Well, I hope you’ve enjoyed Beer Week, Friends. I think I speak for many of us in saying that the idea of cooking with beer made us a little squeamish, but the results were spectacular.

In case you missed any of the fun this week, here’s a recap.

In addition to my black and tan brownies, we’ve made: 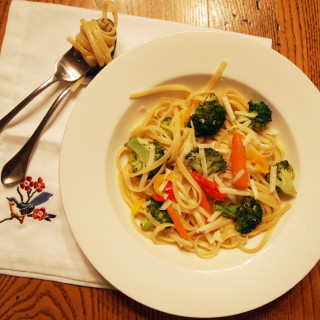 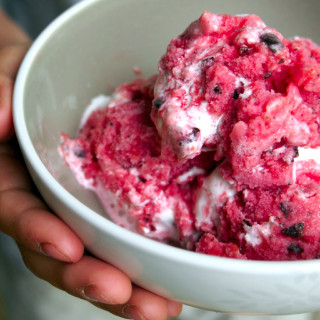