Meet my furry new daughter! Her name is Daisy Mae. Or just plain Daisy.  Or Sweet-Pea, Baby-Girl, or The Hound. She answers to just about everything because she’s just so dang happy to be here.

She’s part beagle, part coonhound, and part who-knows-what-else, and she’s all ours! Besides, it’s nice to have a little extra estrogen in the house–kind of balances out the order of things around here.

We love her. The boys are thrilled to “finally have a dog.” As if we were the last family on the planet not to have a pet–a fact that they couldn’t understand because they know that their Daddy & I are Dog People.

When The Bacon Slayer and I began dating, he had to win the approval of my Great Dane, Kayla. An arduous process that took all of 3 seconds. Dogs are excellent judges of character. Soon after we were engaged, we rescued Noelle, and just like that, we had 260 pounds o’ dog. However, during each of my first two pregnancies–Son #1 and Son #2, respectively–one of Our Girls crossed the Rainbow Bridge. We decided not to get another dog until our boys were older. I claimed that I wouldn’t clean up after a dog until I was done changing diapers.

A girl can only handle cleaning up so much poop at one time, right?

In the last decade or so of not having a dog, we discovered something interesting: I, being allergic to everything that grows or breathes, didn’t require nearly the amount of allergy medication to get through the day. Or any. At all. Ever.

Huh. Seems that I was more allergic to the dogs that I had initially thought. So the quest to Not Be Dog Owners became a health issue for me, and a Cause for the Bacon Slayer. Rats!

He was totally better at it than I was because while I still dabbled in periods of Dog Stalking on internet dog rescue websites, BS was steadfast in his assertion that we would not be getting a canine companion. While I would see a sweet, three-legged-blind-in-one-eye sweetie pie and insist that “she needs me,” BS was adamant that if we were to get a dog, she would not be A Project Dog. Because he’s all rational and stuff.

However, in the interest of Full Disclosure, I should mention that on many an occasion, the BS would visited a hound that I’d found online to see if she would be the Right Fit for our family. Invariably, the meetings raised 3 or 4 Red Flags about the dogs’ personality and/or behavior tendencies that  took all of them out of the running.

Until now. BS drove nearly 3 hours to meet sweet Daisy but it took mere seconds for him to be smitten with her. She’s sweet. She’s smart. She’s submissive. She’s a little mischievous. In other words–she’s perfect for us. So I will medicate myself and hope for the best. 😉

Don’t let Daisy’s innocent face fool you–I’ve already cleaned up a chewed-to-shreds wooden drumstick, caught her digging for chipmunks on the back hill, and witnessed her seemingly teleport from the ground up onto a 3 foot high raised garden bed with no effort at all. She’s a busy little pup.

But she’s potty trained, which is all I really care about. 😉 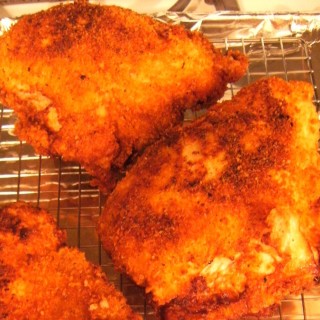 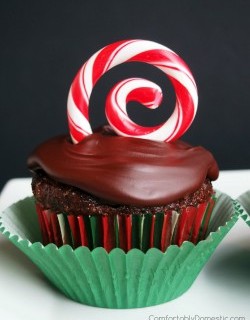