Our first house was a teeny little bungalow that was once owned by a Master Gardner and her Carpenter husband. Needless to say the landscaping was stunning and extensive. Every planting was labeled with cute little pewter tags bearing the Latin name of the species. Plant beds were grouped into clusters of flowers and foliage that were perfectly orchestrated to stagger blooms across three seasons.

The house was vacant when we moved in, and at the closing, Master Gardner apologized profusely for the state of the plant beds. She was aghast at how much weeding needed to be done since the beds had sat untended in the several weeks since they had moved. She further explained that she styled everything to be reminiscent of an English Garden, only a little more Wild and Free. (O-kay. For whatever sense that made to me.) I tried to look confident when I assured her that I didn’t mind a little extra weeding. I told her I could handle it.

I was wrong. I took one long tour around the gardens, admired many, many species of plant–most of which I had never seen before–read each perfectly labeled placard, and was promptly overwhelmed. I had no choice but to call for Reinforcements.

“Mom? Could you please come help me weed my gardens? I don’t know what’s a weed and what is supposed to be there!”

My mother came to the rescue wielding shiny-new garden tools that were our housewarming gifts.  Thank goodness for mothers, eh? It didn’t take long before my mom was as overwhelmed as I was with the plant vs. weed identification process. We decided that anything in a large cluster was probably intentional, and anything that seemed to sprout up just about anywhere was a weed. For the most part, we were pretty successful. Adoration doesn’t even begin to describe my feelings for these lilies.

One planting group that didn’t need explanation were these orange lilies. I knew lilies. Well, I knew that these were lilies, but to this day, I have no idea what kind. Tiger lilies? Fire lilies? Orange lilies? Whatever. They were pretty and I loved them. Interestingly enough, Master Gardner mentioned the lilies by name. She apologized for planting those scraggly lilies, but she needed to fill space to list the house and she didn’t know what else to put in their spot.

Did she just call my lilies scraggly? Yep. Wrinkled her nose and made a puke-face when she did it too. 😉

That’s all right. I vowed to nurture the lilies and help them thrive in that space! As if I knew anything about such matters. I faithfully talked to them as I watered, and by the end of that summer, my maligned scraggly lilies had filled in to create a lush, 6 foot section of blooms along our fence. Ha! Scraggly indeed! My lilies thrived due to  my love and dedication. Our rescue Dane, Noelle also had a fondness for the orange lilies. I caught her on many an occasion lying in the middle of my lily patch, sunning herself! The  rascal! Have you ever tried to move 160 pounds of dog that did. not. want. to. move? Futility at its finest, my Friends.

Now one might think that all that pupper weight lounging on a patch of flowers would cause irreparable damage–but one would be wrong. Those lilies were tough! Bounced back every time! Amazing. From that moment on, the orange lilies were forever referred to as Noelle’s Lilies.

We lost our sweet Noelle while we still lived in the first house, so when we moved to new digs, I was sure to thin out half a dozen of those lilies to take with us. I even had the audacity to ask the owner of our new home if I could come plant them in the yard before we even closed on the house! Which I did.

Oh, to be young and self-centered. 😉

I admit that I didn’t tend them as carefully as I did in our first house. Son #1 was on the scene at the time, with Son #2 not far behind. I pretty much threw the bulbs in the clay soil and ignored them. Despite my neglect, the lilies flourished and soon commandeered another 6 foot swath of previously barren land. Go lilies!

Given their obvious heartiness, I knew that they would make the trek Up North with us when we moved to the 45th parallel. I figured that if a big ol’ dog and years of neglect couldn’t kill them, then they’d make it through the long winters. This is how Noelle’s Lilies look today. I transplanted my (now) usual 6 tubers, and they’ve taken over yet another 6 foot patch of previously empty garden space. It’s just what they do. To this day, every time I pull into our driveway or see these lilies, I can’t help but imagine that our sweet Noelle is lounging in their leaves. Although, now she has a little competition from Daisy.

Do you transplant anything from house to house?

Does the sight of any particular plant or flower remind you of someone?

While you’re out gazing at your landscaping and reminiscing about loved ones, be sure to whip up one of these tasty beverages from our continuing Cocktail Week shenanigans:

And stay tuned, because we still have a few more boozy libations from Jeanne,  and Allison coming up soon! 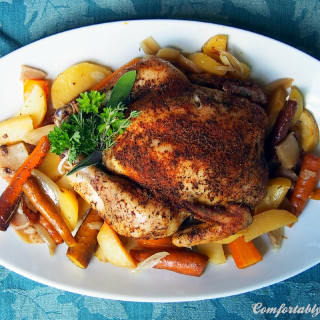 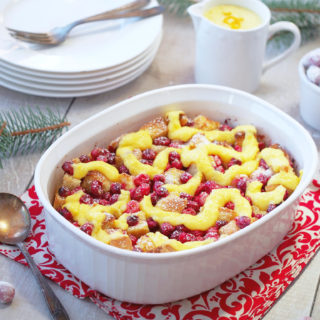