I hope that you all had a wonderful Easter weekend. In the Comfortably Domestic household, we had a very relaxing weekend with just our immediate family. This was the first year in a long time that I did not host an Easter gathering.  I started hosting Easter dinner nine years ago when we moved into our second home. Prior to that, we lived in an adorably tiny house in what we saw as a charming, mixed use neighborhood. We loved being able to walk to markets, shops, and restaurants so much that it made no difference to us that we had absolutely no room to entertain, and the only parking options were on the street in front of, or within walking distance of the house.

To this day, that First House is our favorite. We love that house!

The house was located in a “spotty” neighborhood on the fringe of the Big Bad City. By spotty I mean that we had 3 vehicles stolen, and 2 more attempts in the 5 years that we lived there. Thankfully, no one ever broke into our home, but that could have been due to the fact that we also owned 2 rather large and vocal Great Danes at the time. However, we routinely fell asleep to the sounds of gunfire on weekend nights. Needless to say, the thought of our elderly relatives walking a few blocks to dinner was Not An Option, so our contribution to family gatherings was limited to a Dish to Pass.

By the time Son #1 was 18 months old, walking several blocks in the dark with my baby after parking the car had significantly diminished the charm of our beloved first home. So we moved across town to a slightly larger home with a driveway. And no gunfire within earshot on the weekends. We felt like The Jefferson’s…movin’ on up! (Minus the penthouse and nouveau riche bank account.)

What does any of this have to do with Easter? Well, I spent more than 8 hours yesterday staining the woodwork on one level of our house. Alone. That may sound arduous to some, but when you’re a homeschooling-mama-of-four-boys, alone time is hard to come by. I am rarely ever alone. So when left alone to complete a project, I enjoy the quietude that allows my mind to wander. I thought about how quiet-but-still-wonderful Easter was this year–a stark contrast to the first Easter gathering that we hosted in our second home.

Since we had moved to a home in a “safe neighborhood” we decided to share in the hosting of family gatherings. Easter became Our Holiday and I couldn’t have been more excited. I planned the main course and delegated the rest of the menu accordingly. I even went so far as to tie plastic eggs to low hanging branches on the tree out front like I’d seen many of my neighbors do. That was what people did in nice neighborhoods, right? I was just trying to fit in to our new surroundings. (FYI: that is the only time I’ve ever decorated the exterior of a home for Easter.) Besides, we moved in to the house in the heart of winter so we hadn’t met many of our neighbors yet–I wanted to make a good impression.

A few days before Easter, my grandma told that my aunt & uncle from Kentucky would be in town that weekend, and wondered if they could come over for dinner. Since they lived so far away, we only saw them once a year–of course they should come over!

I should probably interject that my aunt & uncle have a hobby farm, or as I like to call it, an Animal Rescue Farm. I call it a rescue because my aunt & uncle are have the sweetest, animal-loving hearts so many an abandoned/orphaned/special needs pets and/or livestock have made their way to the farm and never left. In fact, they never came up for a visit without an animal that couldn’t be left at home because it needed some sort of special care. They’re pretty awesome like that. Over the years, we’ve met many a domesticated pet that they were nursing back to health.

Given their history, I could safely assume that they were likely to come with a box of orphaned puppies that required bottle feeding, or a cat that had just lost a leg on the railroad tracks or some such. I looked forward to their visits not only to see them, but to see what they brought with them. After all, who doesn’t love a box full of puppies?

So on the big day, my family began arriving 30 minutes late (as is our custom,) and we were all eagerly awaiting the Kentucky-Contingent’s arrival.  When they pulled in the drive, I was too busy hugging my uncle to notice what my aunt had bundled in her arms as she breezed pass me and into the house.  Never in a million years did I think they would bring an actual kid with them! As in the baby goat kind of kid. I didn’t expect my aunt to bring a cloven-hooved farm animal on a road trip from Kentucky, let alone into my new home. I believe that I briefly mentioned the fact that goats kind of creep me out. Weird but true. Something about their bleating and wide-set eyes does it for me. I love animals, but goats give me the heebies! And now I had one in my new house.

And it was wearing a diaper.

Turns out that the poor little kid was orphaned after it’s mama died shortly after it was born. Since he was a newborn, my aunt had to feed him with a bottle and do her best to keep it warm–which explains why she had it swaddled in a blanket and wearing a diaper. The blanket was for warmth and the diaper was to keep goat poo off of…well, everything in the house. If you’ve ever been around a goat for more than 5 minutes, then you may have noticed that they poo all the dang time. Goats are prolific poo-ers.

I apologize for using the term “prolific poo-ers.”

So there I was…hosting my first family gathering in our new home, in a new neighborhood for which I had met none of my neighbors, and a diaper-wearing goat just walked into my house.

Aside from the heebies induced at the sight of the goat, I didn’t really care all that much. All I kept thinking was what are the neighbors going to think?  Bacon Slayer had a few choice thoughts, but that’s a story for another time.

But I’ll tell ya what the neighbors thought: they thought I rented the goat for Easter!  All the neighbor kids (humans) came over to see/ooh-ahhh/pet the kid (goat) at my house. I could’ve just kept my big mouth shut and let them think that we had indeed rented a baby goat for our Easter festivities, but no! I had to go and be myself and get into all the sorted details of our family dynamics, and further explain that orphan goats were not all that unexpected, and in fact could be considered a fairly common occurrence.

The neighbors smiled politely and looked at me like I was nuts. I’m convinced that they may be right about that.

The funniest part of the whole day came after dinner, when my cousin Jocelyn was holding the baby goat. She was snuggling the goat up around her neck in her Easter finery when I happened to notice that the goat was no longer wearing a diaper.

Right about then, my uncle burst out laughing and said, “They do if you don’t want them to poo on the floor or that nice cashmere sweater you’re wearing.”  Then he laughed again and added “With that sweater on, he probably thinks you’re his mama!”

Jocelyn did n’t find the irony of it at all amusing. She looked horrified as she gently set the goat onto the floor.

Everyone about died laughing! Turns out that when Jocelyn picked the goat up out of his blanket, the diaper stayed behind. She had no idea the baby goat needed to wear a diaper while it was in the house.

Maybe she thought the newborn was already potty-trained?

What’s the most memorable family event that you’ve ever hosted?

Do you have fond memories of your first home with your Beloved?

Also, this is Salad Week! Each day this week, a few of us are posting a favorite salad, culminated on Saturday with 8 simultaneous postings of 8 new salads and  a Salad Week Linky Party on which you can post your favorite salads.

Thus far, we have:

Thursday Kat @ Tenaciously Yours brings a little something Retro to the table.

And on Saturday?! Saturday Monica the GromMom and Carrie @ Bakeaholic Mama join the rest of us to post eight new salads and the Salad Week Linky Party. That’s some serious green stuff going on. 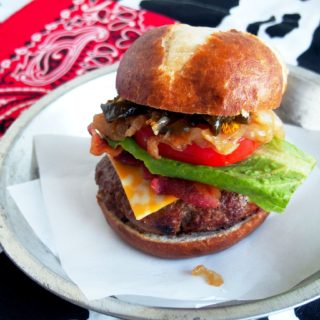 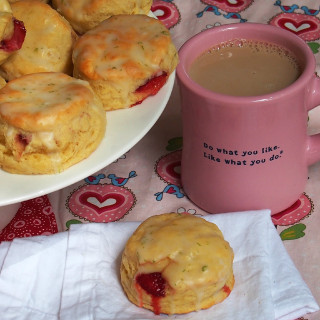