…I take random to a new level.

It’s been awhile since I’ve posted a Data Dump of the happenings around my comfortably domestic household, so the time has come.  Hold onto you your hats…

1.  We’ve had a lot of company lately–like every weekend for the last month.  Such is to be expected when summer around here looks like this: Being More the Merrier kind of people, we adore having our friends and family visit. Gives us (another) excuse to act like we are on vacation every day.  Good times!

2.  Since yesterday was the first time in the last few weeks that we didn’t have guests or an agenda for the day, I decided to Circle the Wagons with the boys and have a day hanging out at home to do a whole lot of nothing.  It long overdue. Somewhere in the midst of us playing with a water rocket, a full scale water fight broke out.  These things are to be expected in a household with four boys. What I didn’t expect was Son #3 running full tilt into the garage in search of another squirt gun.

Which caused him to slip and fall on his head. Hard!

Which in turn caused a lot of tears, but more alarmingly, caused my very chatty & gregarious son to sit on my lap and stop talking.  Being that Son #3 rarely stops talking, I called Hubby who was, thankfully in town, and came home and whisked #3 to the ER for a CAT scan.

If you’ve ever been the parent that was not the one taking a sick or injured child to the hospital, you’ll understand when I say that two hours can seem like an eternity.  Thank goodness for updates via text messaging.

Thankfully, Son #3 only has a mild concussion with no cranial bleeds.  We woke him up during the night, just in case, but today he seems back to his normal self.

3.  As if that we weren’t having enough fun, this morning my unstoppable Son #1 woke up feeling “not 100%” and has been laying on the couch ever since.  I hate in when my kiddos aren’t feeling well.  I just want to take it all upon myself so that they would feel better. In absence of that super-power, I make tea, read stories, and rub backs.

We do have a great excuse to hole up inside today and read a lot of books or watch movies, so there’s that. 🙂

4.  In other news, the creme brulee I made this weekend was fabulous.  Here’s the shot of them in the oven. I was too focused on savoring the rich creamy goodness to pause for an “after” shot.

5.  In the Kids Say Things That Make My Heart Want to Explode with Joy category, my boys are on a roll:

While we were snuggled up reading on the couch last night, Son #1 proclaimed that he loves his alone time with Mom & Dad. He added that even though he really likes time with friends, he still likes to spend time with his family, and even when he is in college, he plans on spending a lot of time with us.  His friends will just have to understand. I die.

Son #2 informed me that his bear had a question. (Bear is full of questions.) Bear said that he knows that we celebrate Christmas because Jesus was born, and Easter because Jesus rose from the dead, but what Bear really wanted to know was “What Jesus did on Thanksgiving?” because we celebrate that, too.  I die again.

Son #3 has been stuck to me like Velcro this week, and keeps telling me that he “just loves me so much because I am the-best-mom-ever-in-this-whole-world.”  I die yet again.

Son #4 has taken to singing while he is playing by himself. His favorites this week are We Will Rock You, followed closely by the theme from Rawhide. I still die.

7.  I love Hubby. He’s a fantastic husband and father.  And he can grill a mean steak. Just thought you should know.

8.  BFF Julie and I ran for a really long time yesterday. We may have done a happy dance with a big high five when we finished.  Afterward, Julie figured out that we ran twice as long as we needed to because I mis-read the plan for the week.  The good news is that we didn’t die doing it, and that Julie didn’t want to hurt me when she discovered my error. 🙂 9.  I know that I promised you a traditional cherry pie recipe, but I made these instead. I hope you don’t mind.

Have a great week, Friends! I’ll tell you about those great looking brownies later. 🙂

Previous Post: « I Want to Be a Lumberjack When I Grow Up a.k.a. Logger’s Are NUTS!
Next Post: (Not Quite) Rocky Road Brownies » 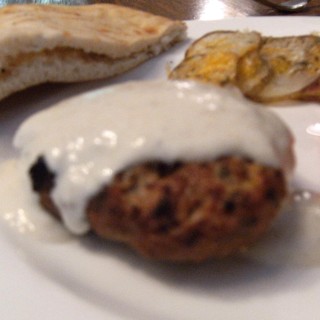 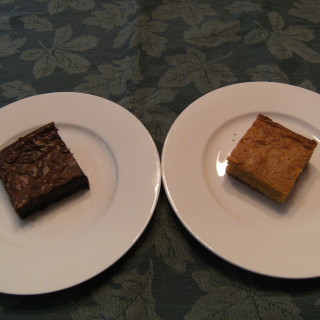