Sometimes I can be a bit slow on the up-take. I do learn. But it can take awhile.

For instance, when Hubby is travelling, I surrender to the fact that I will not be as productive as I am used to being. When he is gone for any length of time, I go into what I affectionately call “survival mode.”  Life is broken down to providing the basics for the boys: food, clothing, shelter, interaction. All projects are put on hold, so I can focus on those basics. Because without fail, things happen when Hubby is out of town.

Usually involving a violent stomach bug going through the family.

Or the snow thrower breaking, just as we get 3 feet of snow.

Or a clogged toilet erupting like a geyser and raining water all over Hubby’s prized fooseball table on the lower level.

That’s the kind of stuff I’ve come to expect.  Now, I’m not going to invite trouble by saying that these things only happen when Hubby is away, but well, these are some of the things that have happened while he is away. I just kind of mentally prepare for the unexpected while he is gone. It helps me retain any sense of sanity.

(Let me pause for a moment to say that I don’t know how single parents do it. Especially those with multiple children. Holy cow, that is a lot of work!)

This week, my BFF Julie’s husband was also travelling, so we decided to join forces and each take a night to cook, and eat together for a couple of nights. It’s just nice knowing that with all of the added responsibilities of solo parenting for a week, the cooking on one night would be handled by someone else. Things went exceptionally well in the beginning of the week. In fact, we had a ton of fun. The kids had a ball playing together on a school night. Julie & I enjoyed some unexpected girl time. Win-win!

Everything was going so well in fact, that I became a little overconfident. I thought that maybe I would tackle a project or two to surprise Hubby when he got home.

“Look, Sweetie! You know the bathroom that we’ve been wanting to paint forever? The one with paint swatches taped to the walls for years? Well, guess what? Not only did I hold down the fort in your absence, but I painted the bathroom! And I changed the faucets and light fixtures, too. Isn’t that great?! Aren’t I the awesomest wife, ever?”

Yeah, that’s the kind of mind games I play with myself when left unchecked. I even went so far as to lock down the paint colors. For every room on the second floor. I was ambitious.

So on the way to buy paint, I realized that the pesky stone chip in my windshield that I had been meaning to have repaired had grown into a full grown crack. Shoot. So I went home to call the glass guys to come replace the windshield. Paint would have to wait until after they replaced it the next day.

Except the next day, my car wouldn’t start, and in the midst of trying to investigate the problem, and fielding 1000 questions from 5 kids that were now going to be late for school, I set the Baby on his feet in the garage. The Baby promptly found the one patch of slush on the garage floor, slipped, and fell face-first into it, giving himself a huge goose egg on his forehead.

I can’t make this stuff up.

So I called my BFF Amy to see if she had driven by my neighborhood and could maybe swing by and pick up my carpool. Amy was already at school, but her husband Chris was out and about, so Chris (bless him) picked up the kids and got them to school.

Our BFF Paul was nice enough to come over and jump start my car, because while I possess jumper cables and the knowledge of how to jump start a car, I found it difficult with just one vehicle.  Paul got my car going, and I discovered that unbeknownst to me, little fingers had turned on the DVD player in the car, which was on all night, thus draining the battery. Interesting considering that the DVD player is only used when we are on road trips greater than 4 hours, so I’m baffled as to why it would have been turned on in the first place.

By then, I no longer had time to drive across town to buy paint before the windshield guy came over.  All right! All right, already! I get it! You don’t have to  beat me over the head with a stick to make a point.

Moral of the story = do not attempt extra projects when Hubby is out of town just because unbridled chaos has yet occur. Doing so will invite said chaos.

Remember what I said about limiting my to-do list?  I should know that I just need to go with the rhythm of life, and deal with whatever comes my way. That is much more easily accomplished when I am not trying to take on too much.

Like painting the whole interior of my house and parenting 4 boys while my Hubby is away. So thank you Paul & Heather, Chris & Amy for riding to my rescue and bailing me out the other day. Gosh, was that only yesterday?

As much as I wanted to have a more exciting post for today, you get a whole lotta rambling.  My apologies. You just never know what you’ll find here at Comfortably Domestic. I’m full-service that way.

The upside is that since I was stranded yesterday, I did a mess o’ cooking, which I will share very soon.

On Another Note: You still have time to win the gorgeous Freeset bag that I’m giving away. You know, because we’re pals ‘n’ stuff! And who couldn’t use a little gorgeous in their life?  Just leave a comment telling me that you’d like to be entered by Saturday, January 15, 2011 at 12:00 Noon. 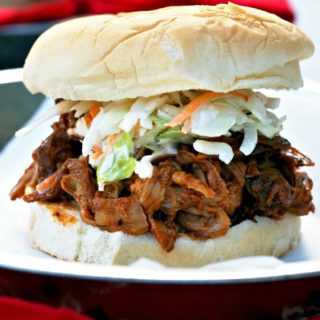 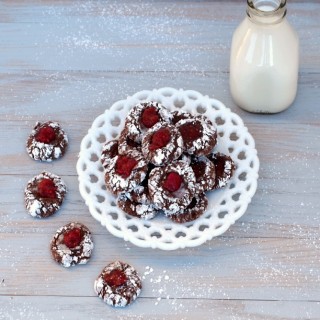