Today marks the fourth anniversary of the day we moved to the 45th parallel. We came chasing a dream, and now we are living one. You can read more about what lead us to this part of our journey here.

The task of moving was a difficult time for me. Bacon Slayer was away training for his new job, having left a week before the moving trucks arrived; he wouldn’t be home for a few weeks after the move. He had tons of studying and testing to do prior to that, so it was up to me get our family packed and moved. It wasn’t easy for any of us. Thank goodness for the abundance of help from our family and friends! Believe it or not, we were thankful for the seemingly break-neck pace in which we moved, as we had anticipated having to live apart for months while waiting to sell our house. Poor Bacon Slayer left one house, and returned to an entirely different home in a new town. We found a great house, in a picturesque wooded neighborhood. We were thrilled to be surrounded by the nature that we craved.

A few days after Bacon Slayer returned, we had some friends over and were doing the mandatory-new-home-tour. They had moved to another part of our town a few years before, and we were excited to see our new home. I was showing my girlfriend an private area outside our walkout basement that reminded me of The Secret Garden. I shared my vision of turning the small outdoor space into a sort of refuge, with a cafe table in which I would sit with a mug of tea and read books in solitude.  We came back inside, and I was showing her the lower level, when she began a seemingly innocent conversation.

“Hey Kirsten, come here for a sec. You have something in your hair.” She pauses as I turn to face her. Then she raises a hand to my head, and jerks it back suddenly.

“Oh! Uh….I think we should go outside for a minute.” She says with wide eyes, and the appearance of trying to stay calm.  I’m sure this is for my benefit.

“What is it?” I ask, more than slightly anxious.

We go back outside.

“Huh. Okay, I’m going to try one more time.” She says will a slight crack in her voice.

“Is it a spider?!” (I say will as much control as I can muster, and trying really hard not to completely freak out. I really hate spiders.)

“Just stay still for a second.”

**Fair Warning: If you are the least bit squeamish, now might be a good time to see what your friends on Facebook are doing, and come back tomorrow.**

At this point, I don’t know what took three flicks to get off my head, but I’m pretty sure that I don’t like the fact that I heard a thunk! when whatever it was hit the ground.

I look down at the paving stone next to me and see something I never thought I would see up close, let alone have in my hair. A (seemingly) giant, hairy, black tarantula! The thing was HUGE! It’s legs were all splayed out on the paving stone, and I swear it had the circumference of a soup can. And not your basic condensed soup can. I’m talking the big Chunky soup can.

We live up north. It’s too cold up here for such an abomination. Right?! Not when you live in the woods.

I’d like to say that I handled the discovery of this wee beasty with calm, assured grace. But I didn’t. I shrieked like I have only heard in horror movies, while I jumped up and down and flailed my arms around my head. My friend was doing the same. We must’ve made quite a ruckus, because our husbands and our collective five children came running to see what was going on.

“What’s going on?!” Bacon Slayer asked with great concern on his face.

“Th-th-th-there was just a HUGE HAIRY SPIDER ON MY HEAD!!!”

“I-I-I don’t know! She flicked it off my hair, and it landed on that stone over there! I HEARD IT LAND!!!”

At this point I was a big bundle of anxiety, shaking and dripping with sweat. Bacon Slayer was still looking fairly concerned about my well being. He may have also been questioning my sanity, so he remained very calm.

“No! I just freaked out like a little girl! I didn’t think to kill it! You find it and kill it!”

Our children had long since started canvassing the woods, looking for the wee beasty. Our husbands just looked at each other. Then they did something that I will hold against them for the rest of our days:

They laughed. They laughed so hard they had tears in their eyes, while we stood there completely befuddled.

Bacon Slayer turned to go back inside, looked at me and said, “Welcome to the neighborhood!” So much for chivalry. The neighbors must have thought I was a total nut-job.

I don’t want to say that I have full-blown arachnophobia, but I definitely have a touch of it. I understand that spiders are beneficial and serve a purpose eating bugs. We can all peacefully co-exist so long as they stay outside. I’ll even go one further and say they can be in my house eating creepy crawlies, so long as I don’t see them, and they don’t bite my family–but I draw the line with them getting snuggly in my hair.

A few days later I was talking to a neighbor that happens to be an officer for Department of Natural Resources. I learned that the hideous arachnid that was hitching a ride on my head was a wolf spider. I also learned that they are quite common in our area, and can grow as large as their surroundings allow. Great.  He said that they like to hang out around windows and doors in the Fall because they are trying to get inside to find a warm place to wait out the winter. Super-great.

I called an exterminator that very day, and had him spray the perimeter of our house. It’s become an annual event.

Needless to say, I never did put that cafe table outside of our walk-out to create a reading sanctuary. In fact, it was years before I went out that door again. 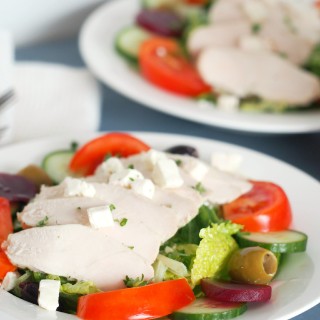 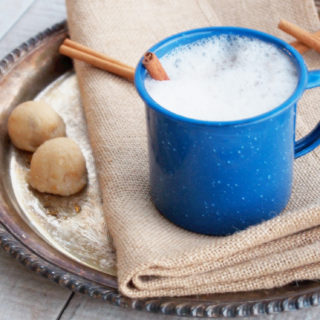