Growing up as the only child in my house, I never paid much attention to birth order or the respected personality traits linked to it. I never paid much attention to them until I had children of my own. Now that I have children, I am continually amazed at how much of our sons’ personalities are just inherent to them. So  much of their personalities is just who they are–quirky habits or expressions that are not taught, but just are. We try to be very consistent in our expectations of our boys, while still allowing them the space to be who they need to be.

Which brings me to their backpacks. We have 4 heavy duty hooks in our “mud room” area. When I say mud room, I really mean the landing of our stairway. I like to call it the mud room to poke fun at myself for once saying that “mud rooms are wasted space,” and “why do we need a mudroom?” Then we moved to the woods. With mud. Like, all year long.  A mud room would be kind of handy right about now…but I digress.

We have 4 heavy duty hooks–one for each boy, including the baby, even though he doesn’t yet have a backpack. But when he does and needs his own hook, we’ll be ready. I’m all about organization. Sometimes.

The hooks are there with the idea that the boys, upon coming home from school, will hang their backpacks on the hooks so that we do not spend the rest of our days tripping over said backpacks and their contents.  More importantly to the boys, they (should) always know where their stuff is–in theory. So this is what the backpack area often looks like: Let’s take a closer look. We’ll start with my third son. He’s is friendly and outgoing, loud, jubilant and competitive. All traits that are often attributed to a younger middle child. His backpack is hung up, full of everything he needs for school and probably a few of his favorite things, just for good measure. His backpack is zipped up tight. He also zips up every jacket he owns all the way to the chin, because zippers are meant to be zipped. He’s orderly like that.

My second son is quiet and shy, sweet, creative and clever. His personality closely follows traits typically seen in an older middle child. He also hangs his backpack on his hook each day. He has emptied out all of the contents, because well, he needs that stuff. All the time. He has a vision.  The contents will likely be part of his larger plan until morning, when we are in the van waiting for him so that we can leave for school. That’s when he will go on a mad hunt to get everything back inside.  Silly things like zippers are extraneous. He can stuff that backpack to the gills, but the zippers will likely stay unzipped.

My eldest son is inspired, energetic and driven, thoughtful and kind. This kid has been in a hurry since the day he was born–which was two weeks early. He is always on the move. He crawled early, walked early, talked early. He has things to do, people to see. All classic traits of a first born.  One classic first born trait that he is not, is organized. Consequently, this is his backpack: My oldest boy’s backpack is sitting under a hook, with the majority of it’s contents spewed around it. His coat is also on the floor, under the coat hooks. (I’m beginning to sense a pattern here.) His stuff is right is all out in the open, right where he can see it. If he can’t locate his stuff at quick glance, then clearly, his brothers have taken it.  He always thinks his brothers are taking his stuff.  I think that’s because his brothers are always taking his stuff.

I can’t help but wonder what the Baby’s habits will be.  I’m sure that he will keep everything organized, and do whatever we, as his parents, ask him to do, when we ask him to do it, with no arguement whatsoever. Because he’s our baby, and he is perfect. Because he’s the Baby, and babies are always perfect. 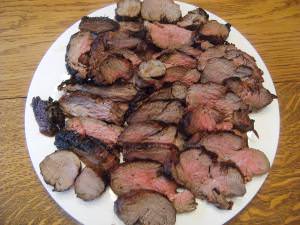 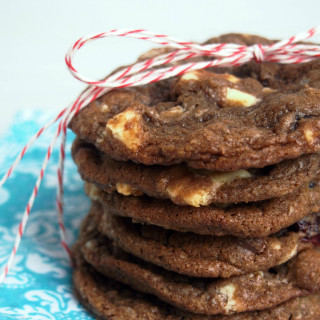