Baby Chick Cupcakes are bright lemon cupcakes all dressed up as baby chicks for sweet treats that are destined to bring a smile to Easter or baby shower dessert tables. Seriously, Friends…how ridiculously cute are these little cupcakes? With Easter just a few days away, the Sons were clamoring to do some sort of edible Easter craft in line with the Reindeer Cupcakes that we made for Christmas. As I’ve mentioned before, I’m not super crafty unless right inspiration hits. In this case, inspiration leapt from the page during my stealth-like browsing of a baby chick catalog. Did you know that there are whole catalogs filled with photos of adorable little chickens that can be shipped right to your front door? It’s true! I’ve taken to reading these catalogs with the wild (read: unlikely) hope that Bacon Slayer will acquiesce to the idea of us raising our own flock. Just think of the life lessons that the Sons will learn about responsibility for others and animal husbandry! Besides, our family’s weekly egg consumption borders along the realm of the absurd. Doesn’t it make sense that we raise our own eggs?

Not to Bacon Slayer it doesn’t. He never fails to throw a little shade my way at the mere mention of acquiring baby chicks. His steadfast assertion that we don’t need a flock of egg laying hens has never wavered. “We don’t need chickens. We have friends that raise chickens.” and “We have four kids and a dog. We don’t need any more animals.” are his favorite responses to my desire for chickens. Mind you, the last time he and I were at Tractor Supply Co., he grabbed me by the hand and led me to the baby chick area of the store to show me how cute they were.

Deep down, the man wants chickens–he just doesn’t know it yet. I’m not giving up hope because last week when we were offered a horse, he said that we’d get a flock of hens before we’d ever get a horse…“and I’m not getting any chickens.” I interpret his last statement as Bacon Slayer practically agreeing that we will someday raise chickens. You know, because Son #1 has wanted a horse since birth and he shows no signs of letting that dream go. BS did say that he’d have chickens before a horse, so it stands to reason that we’d get chickens first and work on the horse later. It’s the natural order of things! In reality, I’m not sure if my beloved will ever relent to livestock on our property but that doesn’t mean that we’ll quit trying. For now, the Sons and I will have to be content with fulfilling our dreams of snuggling a clutch of baby cheeks by making these sweet Baby Chick Cupcakes. Baby Chick Cupcakes take bright lemon cupcakes and dress them up as baby chicks for cutest little treats that are destined to bring a smile to Easter and baby shower dessert tables. Best of all, the Baby Chick Cupcakes aren’t difficult or time consuming to make in bulk with enough helping hands.

In the interest of full disclosure, I should mention that even though I have a really great lemonade cupcake recipe, I used a box lemon cake mix and canned lemon frosting for the purpose of this decorating project. I figure that all the decorating was heroic enough without having to spend hours juicing and zesting lemons to make both the cake and frosting from scratch. I really wanted to spend the bulk of our time on the fun of decorating the cupcakes, and I don’t regret making fun the focus. My boys had a blast squishing the fruity candies to cut out the wings, beaks, and feet before assembling the cupcakes. I can easily see us employing the same method to make tiny cut-outs for use in place of fondant in other cake decorating adventures because it’s super easy and tastes so much better.

I did my best to describe how to cut the shapes out of the candy for each of the decorating components, as well as including photographs of the process in the visual tutorial collage below. As always, feel free to comment or email with questions on the process, and I’ll answer as soon as I can.

Happy Easter, Friends. Have fun with the cupcakes!

Baby Chick Cupcakes are bright lemon cupcakes all dressed up as baby chicks for sweet treats that are destined to bring a smile to Easter and baby shower dessert tables. 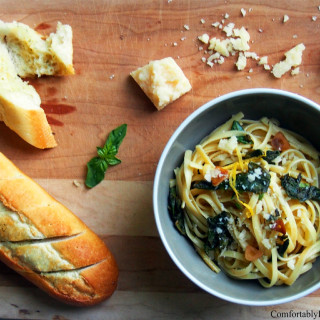 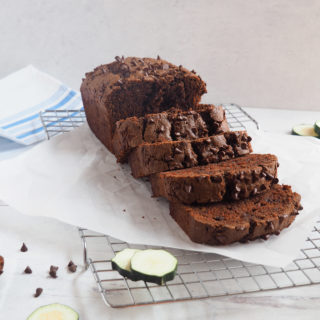 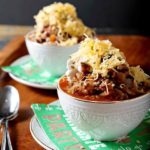