I had all sorts of great plans yesterday. Sunday. A day of rest. We try to preserve Sundays as a family day, letting the day unfold as it will. We might come home and make brunch. We may go for a hike, or ski, or play a rousing game of family flag football, or recently for-the-first-time-in-my-life-as-a-long-suffering-fan, watch the Detroit Lions be on the winning end of a 45-10 victory.

But yesterday, on the Eve of All Hallows Eve, a.k.a Halloween, I had a decidedly different Sunday than originally expected. This is in direct correlation to the fact that I remembered that Halloween was the following day while on the way to church. Which meant that I also remembered the fact that I had promised Son #1 that I would sew a costume for him.  Like three weeks ago.

This is probably a good time to mention that I do not really know how to sew. Sure, I’m comfortable with rectangles. I have no problem sewing a   kind of straight hem on a rectangular piece of fabric. I do it at least every other year. Or three. Sometimes I even get lucky and remember how to thread the sewing machine without having to look it up in my manual.

Get the idea? I don’t really sew. I can’t read a pattern. I have to look up how to thread my machine on the alternating years that I may use it. And yet, none of these facts stopped me from promising to sew my eldest son a cloak so that he could be a Ranger for Halloween. I guess I’m a sucker for literary characters. For Son #1, as well, it seems. So rather than enjoying the natural rhythm of Sunday, I spent the day trying to decipher seemingly random lines printed on impossibly fragile tissue paper, with terminology that means absolutely nothing to me.  Where was the Glossary, Sewing for Dummies?  The only basting I am familiar with involves a turkey. Not to mention, the pattern that I bought was all illustrations and arrows. Who knew pictures and arrows could be so convoluted?

Eventually, I was able to make enough sense of it all that I felt I could safely plug in the sewing machine and give it a go. With my intense concentration, I didn’t realize that I had an audience, until the Baby started clapping and cheering “Yay! Good job, Mom!”

Cheering section aside, I’m not going to lie–it got ugly, fast!  The fabric feeder-thingy wasn’t moving the fabric. I adjusted the tension (whatever that means) in every way I could decipher. Nothing. I stood on my head while balancing a spoon on my nose just to see if it would help. OK, not really.  But I would have if I thought it would’ve helped my cause.

Finally, I consulted my BFF Jen, who happens to be a sewing guru.  She happily answered my frantic late-night texts, and patiently gave enough pointers for me to know that I didn’t not have the proper needle for the type of fabric I was using.  Huh. I guess sewing machines have different needles. Who knew? I thought you used the same one until it broke, then…well, I don’t know what because I’d never broken a needle before. Seven hours, two broken sewing machine needles, and a lot of mental anguish expended on a supposed two hour pattern for Dummies, we had a functional Ranger cloak. I like this Ranger. He’s a cutie-pie that isn’t afraid to hug his Mama in public. 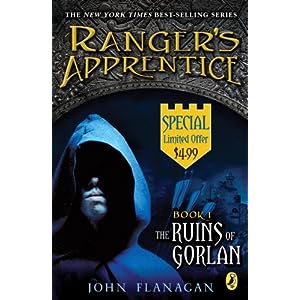 Rangers are supposed to be nearly invisible so as to blend into their surroundings. Near invisibility is how the Rangers protect the Kingdom without the citizens realizing that they are in need of protection. They’re kind of like Stealthy-Super-Secret-Knightish-Ninja guys. Or so I am told.

Bleary eyed, I left the Ranger cloak draped across a dining room chair so that Son #1 would see it as soon as he came down for breakfast. In his excitement, he woke up an hour and a half early, and came bounding into my room.

“You are the best Mom ever! You are so getting all of my 100 Grand bars!” he exclaimed.

I opened one eye long enough to ask, Did you see the cloak? Do you like it?

Which is exactly why I will continue promise him the world and do my best to deliver it to him.

By the way, Son’s #3-4 were kind enough to wear costumes from our dress up stash, which pretty much made them my instant favorites in the wee hours of the morning when I was still sewing. 😉

Previous Post: « The Quickie Raincheck is Definitely Worth the Wait: Homemade (Sun)Butterfingers
Next Post: What To Do With All That Halloween Candy When You Don’t Want to Get Caught Snarfing it in the Bathroom »